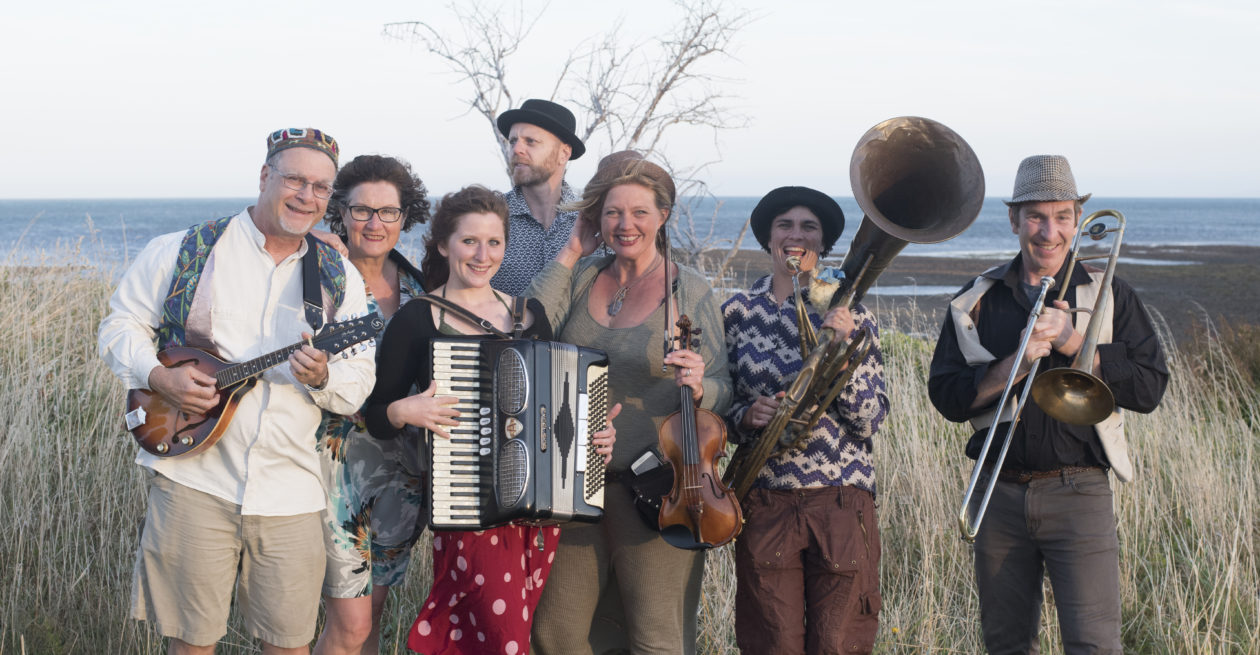 After a 7 year absence from Wellington the fabulous and wacky Jews Brothers Band will be finally performing in Wellington again, with Yiddish cousins the Klezmer Rebs in support.

The Jews Brothers will close their 20th anniversary national tour on Thursday 7 May at Newtown Community and Cultural Centre playing a batch of new songs from their just-recorded CD Up in the Borscht Belt.

JBB created a sensation when it first hit the local scene in early 1995.  What was this sound? And what was this ‘klezmer’ they were playing? For Brooklyn raised founder and bandleader Hershal, this music was a return to his roots, to the music brought to New York by the Eastern European Jews.

JBB’s wild, toe-tapping, hand-clapping repertoire soon had audiences circle-dancing or bopping to the grooves of the ‘best swing band in the land’. Expect also gypsy ‘hot-club’, schmaltzy waltzes and daring vocal harmonies on this 20th anniversary tour of a very special band.

For more on Neill’s courageous story of coming back from losing an arm to cancer, see below. Neill is keen to be back on home turf to show his old Wellington mates his chops on his custom made one-handed sax.

BOOKINGS ESSENTIAL Just 40 seats left. For bookings email david.weinstein@klezmer.co.nz This concert is sure to sell out in the intimate Newtown Community Centre Theatre so book early to avoid disappointment.